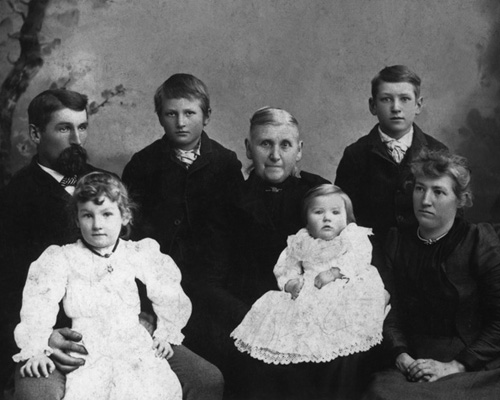 David Savage, great-grandson of the quiltmaker, has preserved the history of the 16 quilt tops, the complete quilt, the 2 sets of blocks, the pillow top, and the set of miscellaneous blocks he inherited in 1974 from his aunt, Fanny Angeline Savage Sparling. According to Savage,

Savage made note of his great-grandmother's thriftiness in recycling the utility quilts: "As the tops became worn, a new top was attached to the existing quilt saving the need for more filler and back."

One of the Churchill quilt tops is a Crazy that incorporates a candidate's ribbon from the campaign of Benjamin Harrison, who became president in 1888; two John Deere Plow trademark ribbons from Moline, Illinois; and a ribbon from the Warren Featherbone Company founding in Three Oaks in 1888. 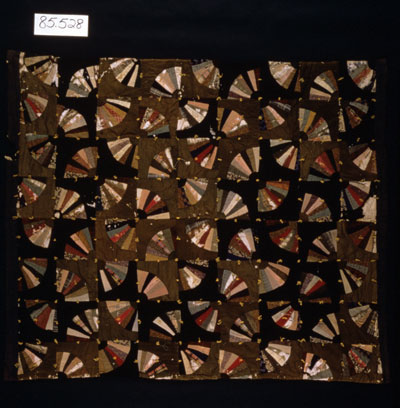 This particular tied quilt, comprises 72 pieced 9" x 9" blocks. Usually such patterns contain six or eight blades in the fan; this one contains seven. Although mostly sewn by hand, it does include some machine stitching.