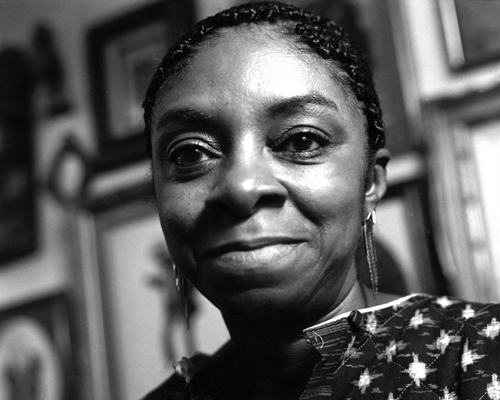 Although Elaine Hollis is the granddaughter of a quilter and the daughter of a seamstress, she did not begin quilting until ca. 1980. During the time that she worked for the federal government, a colleague begged her to take a quilting class. Hollis finally relented, planning to pass the techniques on to a friend. Instead, she added quilting to her long list of artistic endeavors. The married mother of three and grandmother of four has produced more than 40 quilts and usually has from five to eight in progress at any given time.

Hollis drafts her own patterns and uses a variety of lap hoops. She does not favor any particular pattern, but she is partial to applique work and to creating illusions - two of the hallmarks of her quilting work.

Hollis says quilting means several things to her, "Relaxation. Creativity. Spirituality. Being able to leave somewhat of a legacy. Being able to use one of the talents that I received from God."

Worked for the Federal Government