The list of 30 winners and their home towns was published in the January 1934 Sears Roebuck & Co. catalog. 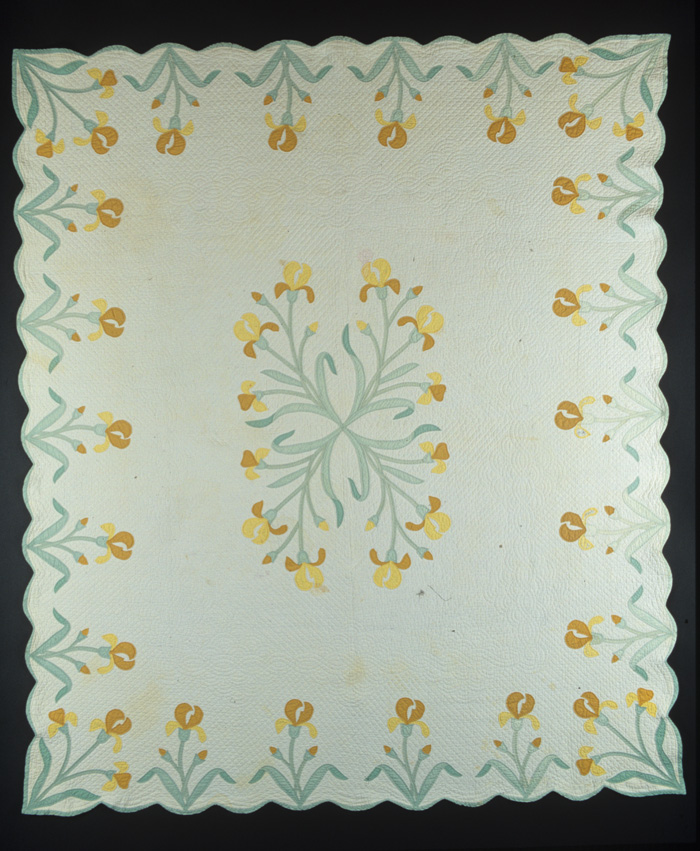 Second Place Winner in the Boston Regional. This Garden Bouquet quilt was made from a Nancy Page Quilt Club design by Florence LaGanke that appeared in newspapers in 1931-1932. Delectable Mountains, a pieced pattern made by Frieda Plume won third Place in the National Round. This quilt "Bleeding Hearts" by Frances Klemenz was one of only 30 quilts that reached the final round of judging at the Sears Pavilion at the World's Fair site as a result of it winning 1st place at a local Sears store in Louisville, KY and winning third place in the Chicago regional round. 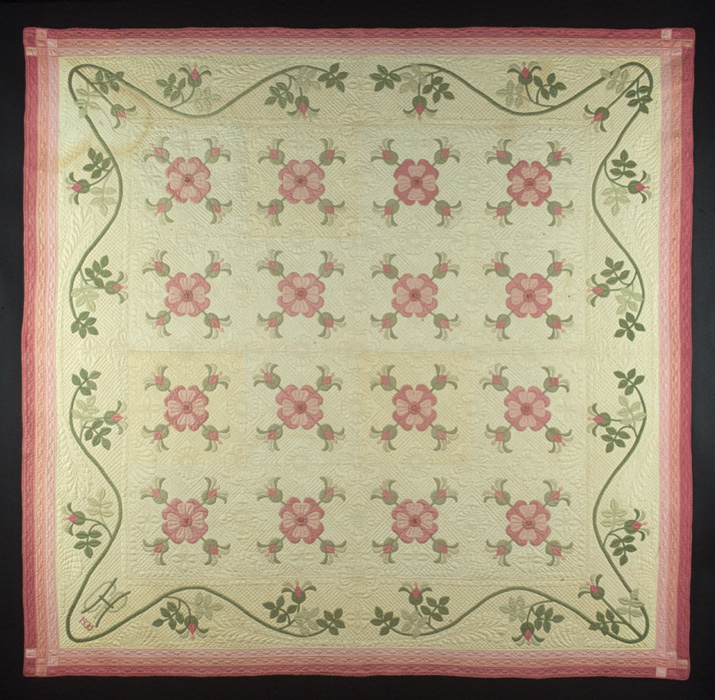 This quilt "Louisiana Rose" by Celia Pardue Hyde of Crowley Louisiana won second prize in the Dallas regional contest and was shown at the 1933 Chicago World's Fair after the national round judging. Although this quilt did not receive one of the top national prizes, it received extensive publicity through national newspaper accounts. It was also chosen by Sears to be included in a book of the prize winning patterns. This quilt made by Lois Hobgood Crowell won third prize at the Dallas regional round and was shown at the 1933 Chicago World's Fair. The quiltmaker told us, "I was teaching school in Paluxy, a little village in Texas. There wasn't much to do for entertainment. When the Sears catalog came with the contest announcement, although I'd never made a quilt, I said to myself, 'Well I can do anything anybody else can' and I told my friend 'I'm gong to enter that contest.' She said, 'You can't do that' but I said 'had two hands, don't I?' My girlfriend Florence Underwood helped me stitch on it and we sent it to the mail order house in Dallas. In the summer they sent me a letter and said I'd won and there were two checks inside so I gave the smaller check to my girl friend and with the bigger one I bought a cedar chest to keep the quilt in. That was a lot of money at that time." 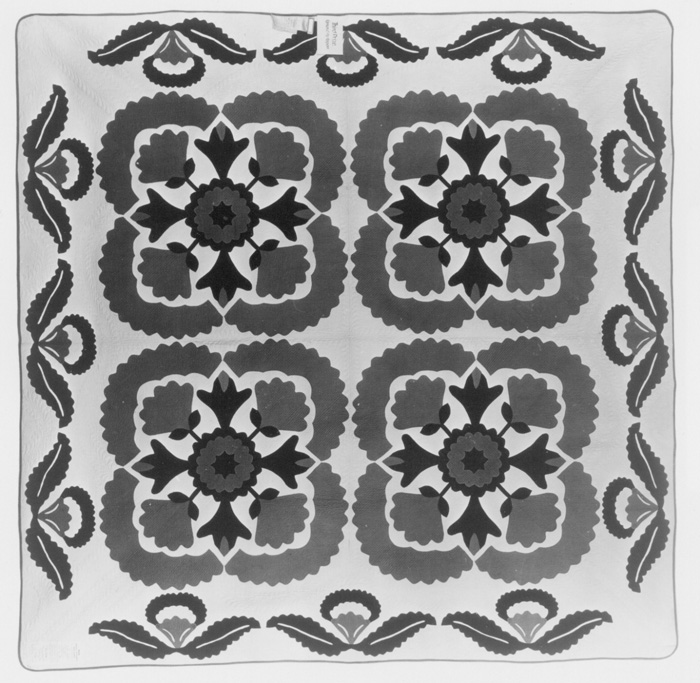 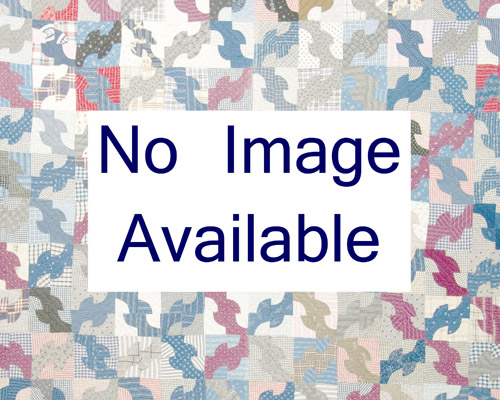 Carrie Walker of Selma, California won 2nd place in the Los Angeles region. Where is her quilt? Third place winner of the Los Angeles round, Rosetta Scott of Prescott, AZ made a commemorative quilt focusing on the Sears Building at the 1933 Fair. This quilt won Second Place in the Minneapolis regional round and was exhibited at the 1933 Chicago World's Fair. This Feathered Star pattern was published by Hubert Ver Mehren for his Home Art Studio quilt pattern line. The quilt first appeared in 1932 in the booklet (name?) 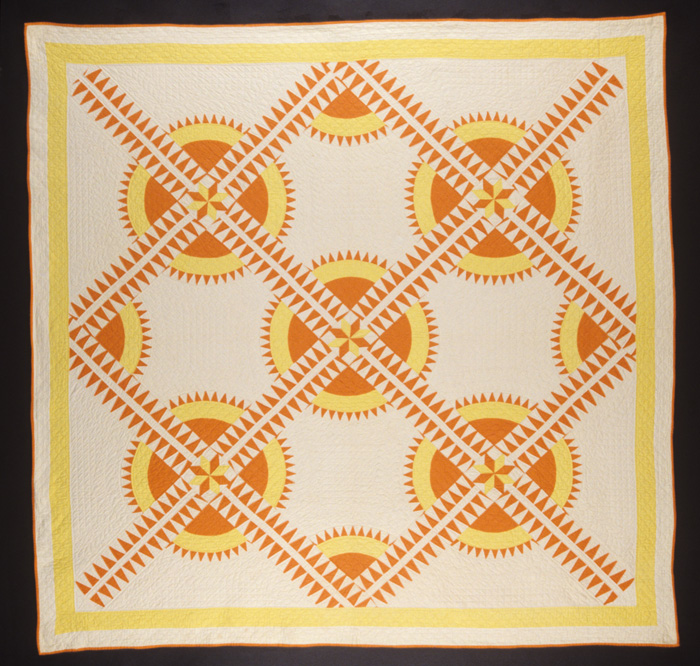 This quilt won 3rd place at the Minneapolis Regional Round. The family of quilters sent in 3 quilts by the mother and her 2 daughters, but her daughter Rose's quilt was the only one that won. One of only two Century of Progress quilts to reach the final round at the Sears Pavilion at the Chicago World's Fair. This quilt in Anne Orr design won third place at the Philadelphia region and was exhibited during the 1933 Chicago World's Fair at the Sears Pavilion.