Other Sears Contest Quilts in the Quilt Index
Throughout the Quilt Index, one can find other Sears Contest quilts linked to the 1933 Century of Progress Exposition.  The state quilt projects occasionally documented quilt entries even though they did not specifically ask about the contest.  We did not want to duplicate the records so they are not included in the Sears Contest records compiled by Waldvogel for the Quilt Index.    Waldvogel searched “Century of Progress” and “World’s Fair.”  She also searched “Chicago” on the exhibition field.  Only these quilts are strongly linked to the contest. 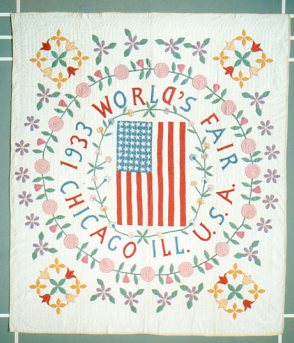 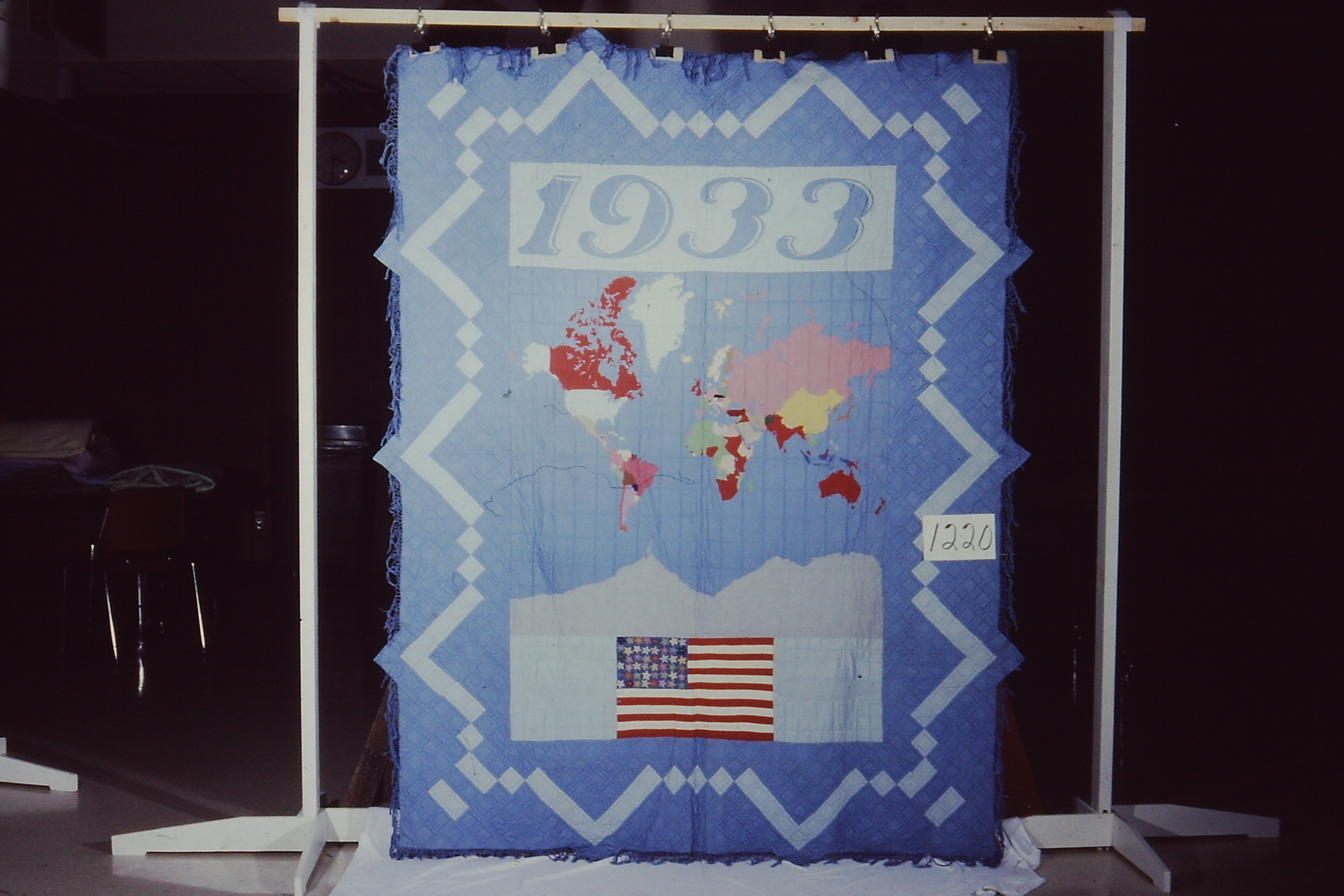 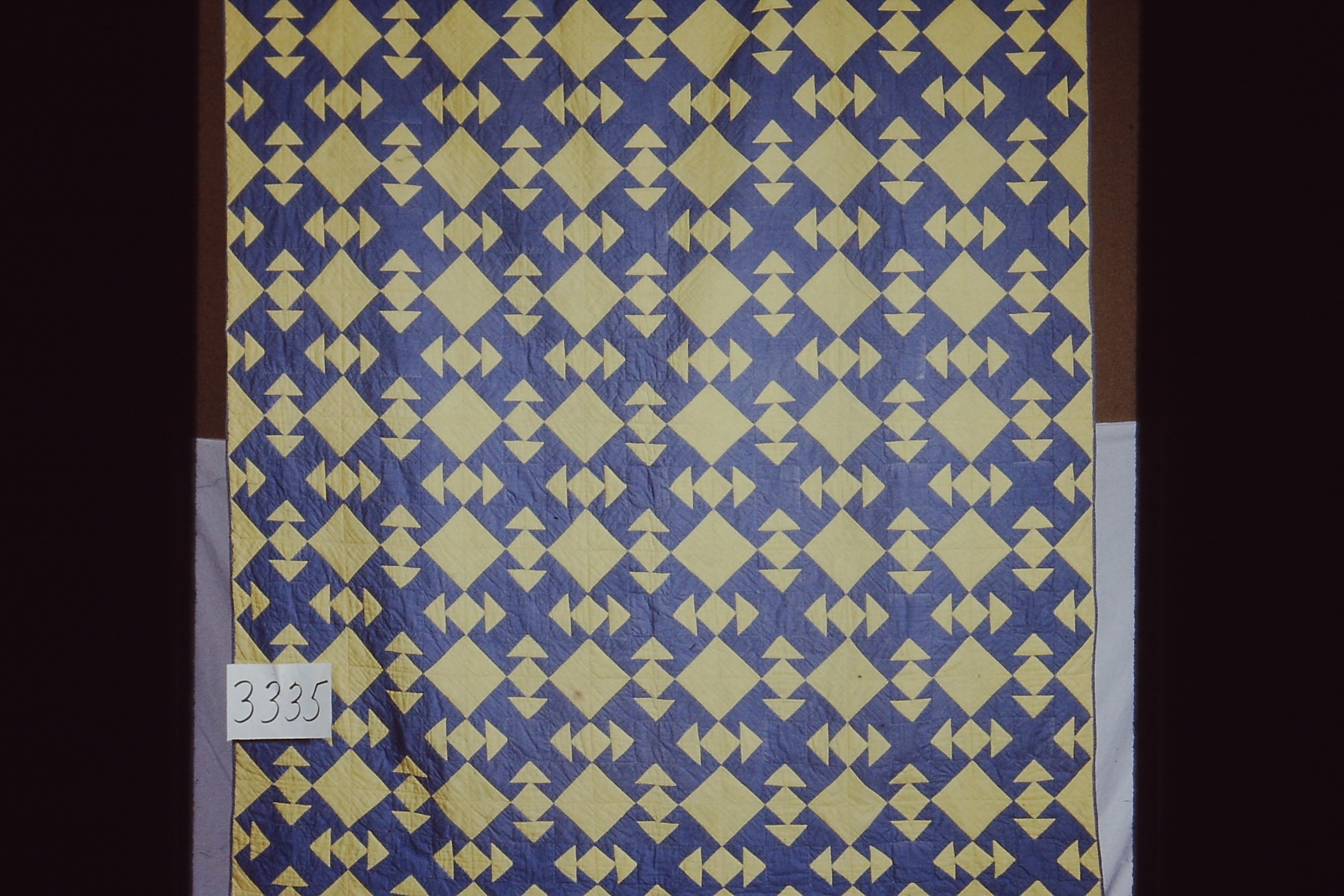 It was made in 1931 for competition at the 1933 Chicago World's Fair, and sent to the fair in Chicago, Ill. It came back with a blue ribbon. The owner at the time had a 3 year old boy and was expecting a second boy that summer. According to a grand-daughter, the quiltmaker had hired help--two women named Pincie and Nina. They might have worked on the quilt. 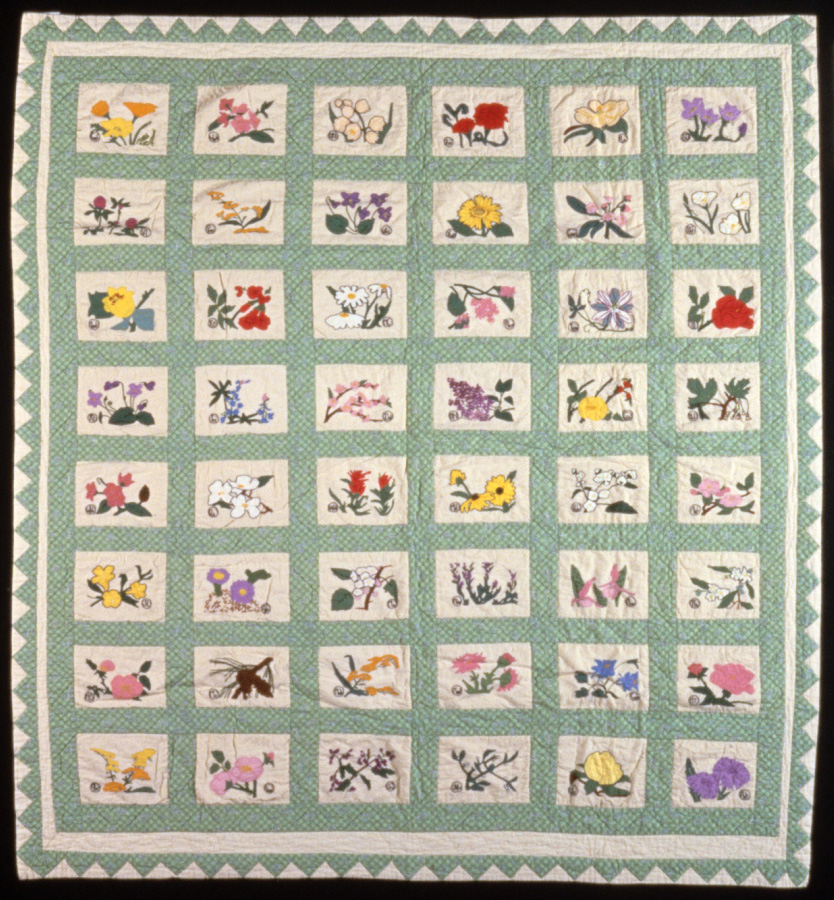 This quilt was awarded an Honorable Mention in the contest. This quilt was made for the Century of Progress Contest. Mrs. Smith, a former mayor of Wilso, LA, made it with the hopes that it would win first prize and be presented to Eleanor Roosevelt. She hoped it would remind the First Lady of our first president, and that it had been made by the First Woman Mayor of Louisiana. She detailed the efforts required to make the quilt in a letter to Dr. Tom Spec Jones, stating that it took 3630 hours of work to produce it. Quilt was made for the 1933-34 Chicago World's Fair, and supposedly won a first or second prize. 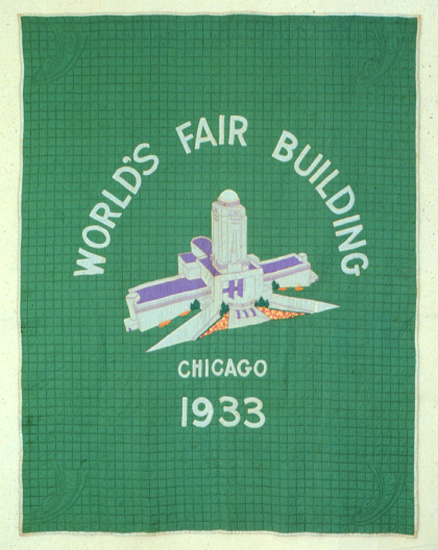 This quilt was made for the Sears Century of Progress quilt contest but it didn't win any prizes. Billick kept a scrapbook with letters from Sears about the quilt and that is also in the Museum's collection. The family thinks this quilt won an Honorable Mention. She made this quilt for the quilt contest sponsored by Sears & Roebuck as part of the 1933 Century of Progress Exposition. Later that year, Taylor sent the quilt to industrialist Henry Ford as a gift from "the wife of a country doctor who appreciates the Ford car." This quilt was made for entry into the quilt contest held by Sears, Roebuck and Co. at the Sears Pavillion during the 1933 Century of Progress Exhibition in Chicago. This quilt includes an applique depiction of a "modern," deco-style city (presumably Akron, Ohio) surrounded by appliqued dirigibles, airplanes and hot-air ballons. This quilt was made for the 1933 Sears Century of Progress National Quilt Competition. The original design is a flag flying on a flag pole. The pole fabric has faded and is hard to see. Below the flag in the quilting is this inscription: "I pay tribute to my flag and the country for which it stands".