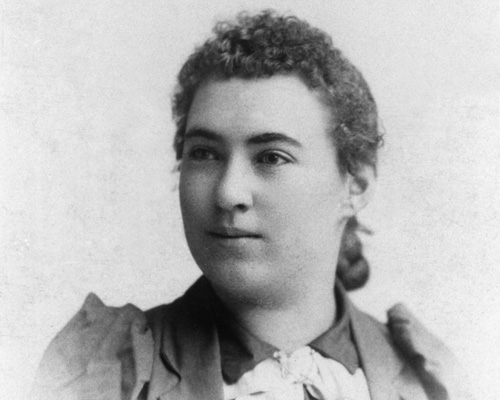 Polly Edna Shellhammer received a piced and embroidered friendship quilt when she was 23 years old as a Christmas present from her Sunday school class at Union Baptist Church. According to Grace Field, her granddaughter,

the members of the class wrote their names in their own handwriting and the embroidery came over that. The girls probably embroidered the boys' names....The quilter was said to be a 15 year old girl, Edna Sherman, who later married Charles Yohn...Edna Yohn and Edna [Shellhammer] Field lived as next door neighbors in Union, Cass County, Michigan during most of their married lives.

In an interview, Field provided a short description of each person who signed a block, and in doing so provided a glimpse of community social life in Union at the turn of the century.