Lethonee Jones is featured in the exhibit: Quilting Sisters: African-American Quiltmaking in Michigan. 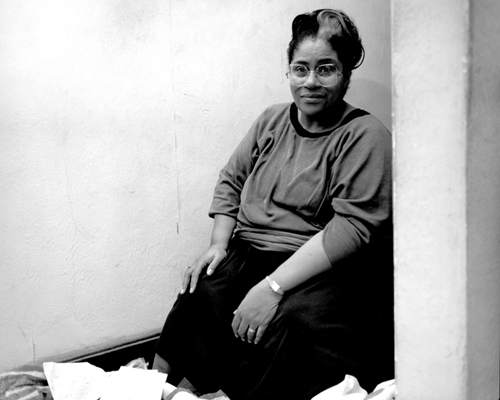 Lethonee Jones, a faculty member at Western Michigan University, first learned the basic Nine Patch from an American doctor's wife while serving in the Peace Corps in Africa in 1963. Upon her return to the states, her interest in quilts was further bolstered by the recognition of quilters within the family and the receipt of a quilt block from her husband's family. The large collection of cloth scraps that she accumulated in Africa and shipped back to the states served as her initial basic scrap bag for piecing quilts. According to Jones, it is important for her to use materials or symbols in her quilts that are "vital and a part of the African heritage."

Quilting has significance for Jones because "it is something that human hands have done... It is something a person can do. and it is in your control." Jones' quilts have been exhibited in numerous quilt and art exhibitions in the Kalamazoo area and around the state.