First Masks Were a Surprise

I began making masks when the first person diagnosed in the state was in Lake Oswego, where our son works. He works with people who have children at the high school where the janitor worked, and there was a lot of coughing in the office. I saw a mask review on facebook, so I made the first one out of white t-shirt material. It resembled a jock strap, which was hilarious, but not the look I was going for, so I decided to look for another option! A pattern for a mask was shared with our sewing group by a mother of a nurse. She said the hospital would take them from groups that were vetted, and we were on the list. I began making that style of mask, evolving to follow the latest recommendations, and began distributing them to family members. That led to requests from other family members, and friends of family members. I gladly made them, but am somewhat embarrassed to admit, I never got any made for the nurses! 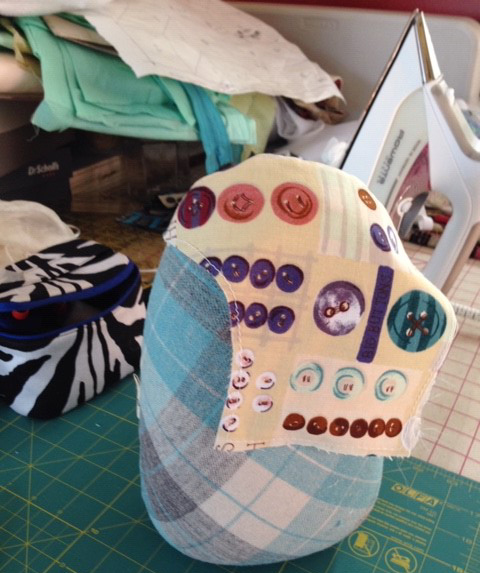 A silk lined mask, being pressed on Grandma's old ham, for Mom (the button collector) on Mother's day, 2020.