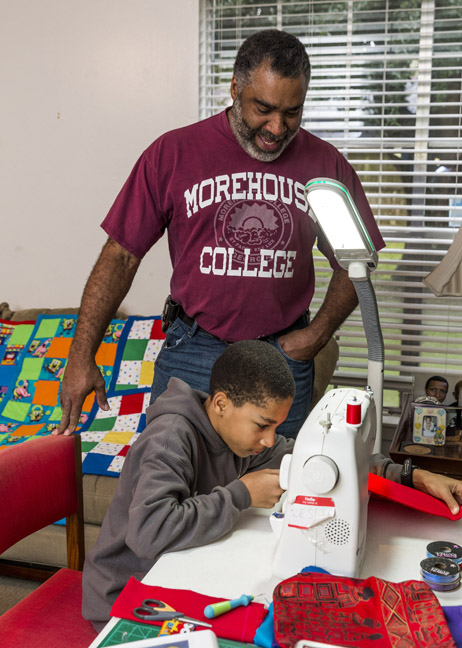 In order to fulfill his community service requirement to become an Eagle Scout, 13-year-old Jackson Cloyd began to make quilts for premature babies in the London hospital where he, as a premature baby himself, was born. While monitoring his precarious development, in the hospital’s neonatal unit, his parents stayed next door in a Ronald McDonald House where they were presented with a baby quilt made by Mary Mulkerrins, a midwife and social worker. Jackson’s mother Gwendolyn died of cancer and her son knew that the quilt was one of his mother’s treasures and that by making quilts for other babies, he would honor her memory. Members of the Jubilee Quilt Circle at Houston's Community Artists' Collective taught Jackson the sewing skills he needed and when he had finished eight tiny quilts, he and his father Myron flew to the Guy’s Hospital and presented the quilts to Mulkerrins. On each quilt Jackson put a label that says “From One Preemie to Another.”