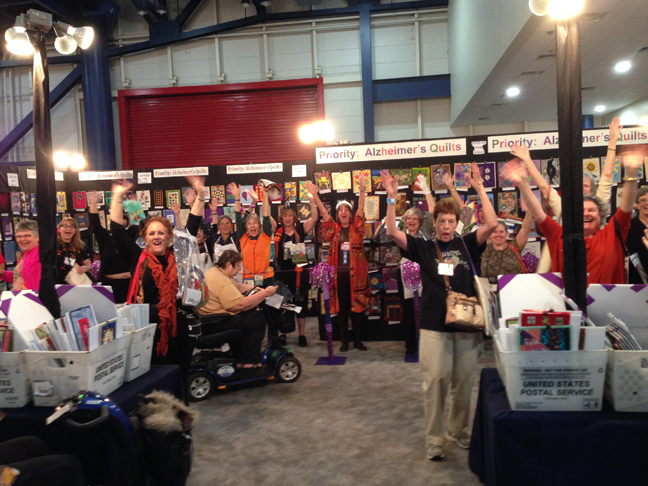 There are remarkable stories of individual patient advocates or caregivers of family members or friends impacted by a disease establishing grassroots quilt and health initiatives that have grown to worldwide proportions. The Alzheimer's Art Quilt Initiative™ (AAQI) is one such initiative whose mission was to raise awareness and fund Alzheimer’s research. Founder, executive director and quilt artist Ami Simms of Flint, Michigan, was inspired to start AAQI when her mother had Alzheimer’s. She recognized the power of quilts to advance research focused on a disease that is advancing at an astronomical rate and will affect one in 7.1 million people in the U.S. by the year 2025; a 40 percent increase from the 5.1 million age 65 and older affected in 2015. Overseen by Simms and operated entirely by volunteers from 2006 to 2013, AAQI gathered and sold donated quilts through online auctions, sponsored a nationally touring quilt exhibit, published a related book Alzheimer's: Forgetting Piece by Piece, and raised over $1,000,000 to support basic science research on Alzheimer’s.