In the 1920s, ‘30s, and ‘40s, quilt designers had an affinity for exotic or oriental patterns. In the era of Charlie Chan and Anna Mae Wong in the movie theaters, Chinese Chippendale furniture in the living room, and kimonos and harem pants in the boudoir, the words “oriental” and “exotic” were often used interchangeably and quilt patterns that had an exotic flair were all the rage.

One designer who heavily promoted this trend was Nancy Cabot, the pseudonymous quilt pattern columnist for the Chicago Tribune. Because her column was widely syndicated, quiltmakers all over the country would have been familiar with her exotic patterns, which ranged from Japanese Poppy to Chinese Gongs to Persian Poinsettia. Often, however, as we will see, many of Cabot’s patterns were exotic in name only. As with other early twentieth century designers, she recycled traditional patterns and gave them new names, likely in the hopes of adding appeal for a new generation.

As quilt historian Barbara Brackman has pointed out, quilt pattern names have always been in flux, varying from region to region and changing with national trends and fashions (Brackman, Barbara. 1989. Clues in the Calico. McClean, VA: E.P.M. Publications: 165-167). In the first half of the twentieth century, pattern designers had free rein, not only to “borrow” designs from one another, but also to constantly rename patterns to suit changing fashions. Nancy Cabot freely engaged in this process, as she also did in loosely interpreting cultural and historical genres. In writing about Cabot’s frequent publication of “colonial” patterns, Brackman states, “Interest in colonial antiques during the 1930s dictated that quilt patterns have a historical connection, accurate or not . . . therefore the Cabot column is a poor source for quilt history; the newspaper writer tossed in dates and facts with abandon” (Brackman, Barbara. 1991. “Who was Nancy Cabot?” Quilter’s Newsletter Magazine, January-February 1991: 23).  The same could be said for her presentation of “oriental” patterns; more often than not, her exotic names had little or no connection to the pattern’s appearance.

Here follows a gallery of just a few of the exotically-named patterns Cabot presented to the quiltmaking public. 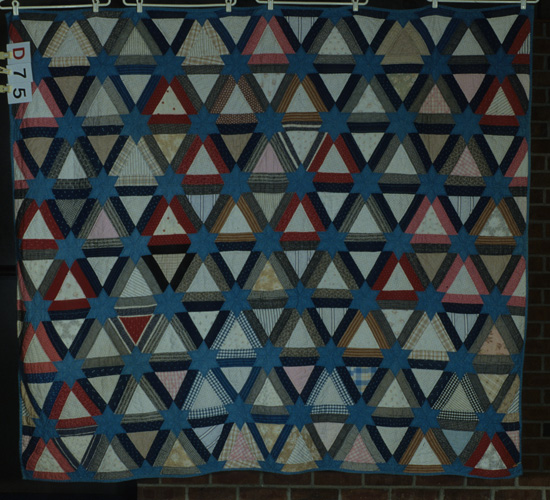 Sometimes, Cabot admitted to her strategy of simply renaming old patterns; the headline for her 1933 Oriental Splendor states, “Many Paths Quilt Changes Name; Oriental in Tone.” She almost makes it sound as if Many Paths changed names of its own accord, as if she had nothing to do with it! An interesting side note is that in 1935, Progressive Farmer magazine gave the pattern a much more prosaic name: Smoothing Iron—a far cry from Oriental Splendor’s pretensions of grandeur. 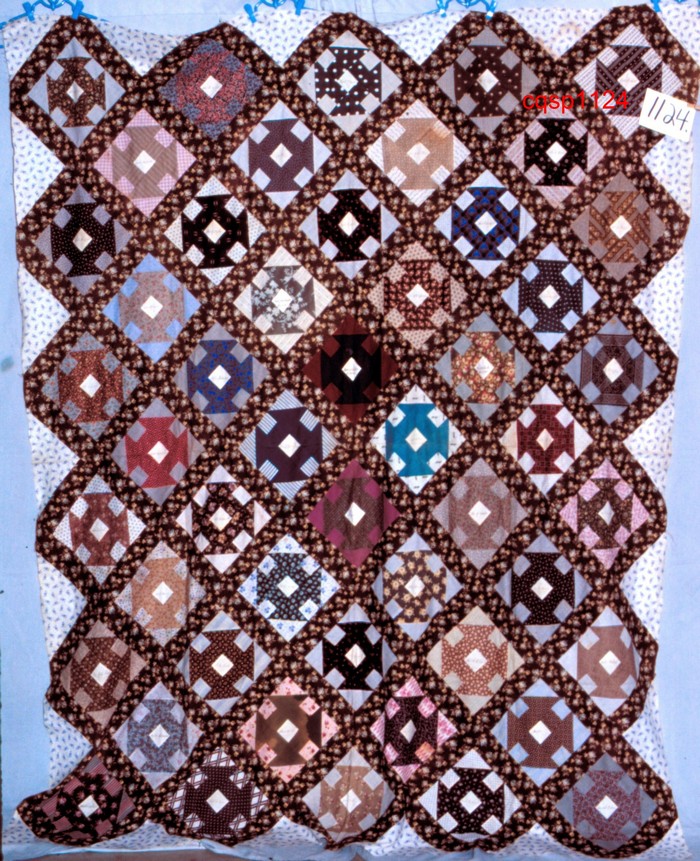 Another tactic Cabot used was to take a standard pattern, give it an exotic name, and attach a fanciful story to it. An excellent example of this is her 1934 Chinese Coin pattern, which is simply a re-naming of Hole in the Barn Door (which is also known as Monkey Wrench or Churn Dash). Her description of the pattern reads: “An adventurous wanderer returned from the Far East, landed in New York about 1869 and brought with him many souvenirs of his wanderings. He presented to his lady fair, among other gifts, a rare curio, a Chinese coin. Intrigued with the then unusual token, the enterprising young lady worked the coin into a quilt design. Today we still have the lovely pieced block, Chinese Coin.” 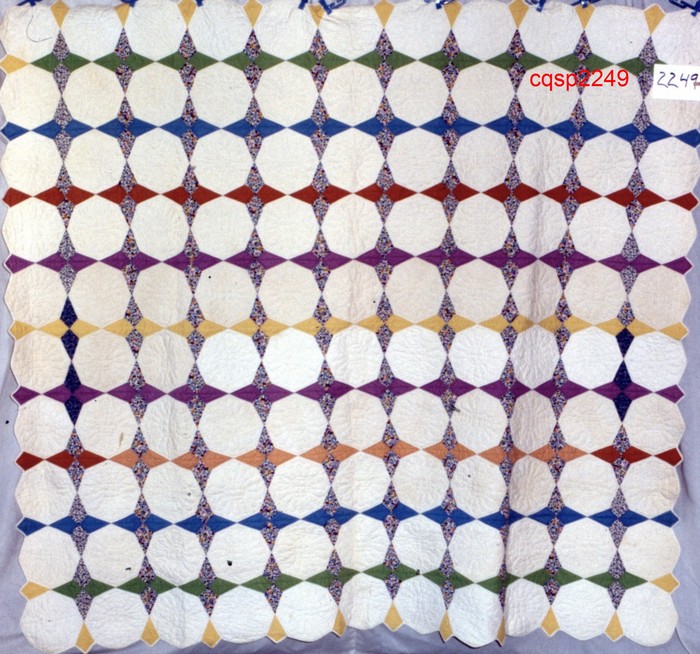 Yet another way Cabot produced exotic patterns was by slightly changing or elaborating on a traditional pattern. Many quiltmakers would have been familiar with Periwinkle and would have appreciated Cabot’s version of it, which in 1933 she named Oriental Star. There was really nothing “oriental” about it—it simply added some elongated diamonds to the star’s inner corners—but it made a pretty design and the exotic name added a contemporary appeal. Another interesting side note is that Cabot presented the pattern again later, this time as Star of the Orient. If recycling an old pattern was appealing, recycling it many times over was even more desirable, as seen in the next three quilts in this gallery. Fan motifs had been around at least since the late-nineteenth century Crazy quilt craze. They were transformed into repeat block patterns and became popular in the early twentieth century, with names like Grandmother’s Fan and Imperial Fan. Cabot took variations of these and gave them exotic names, like this one: Chinese Fan (1943). Cabot’s Chinese Fan, however, was almost exactly like her own Path of Fans and Mohawk Trail (1933). Pieced somewhat differently but having the same block setting and overall appearance, the three patterns look remarkably alike. While this pattern’s name is not inspired by the orient, the Native American-sounding title added an exotic quality that would have appealed to Cabot’s readers. 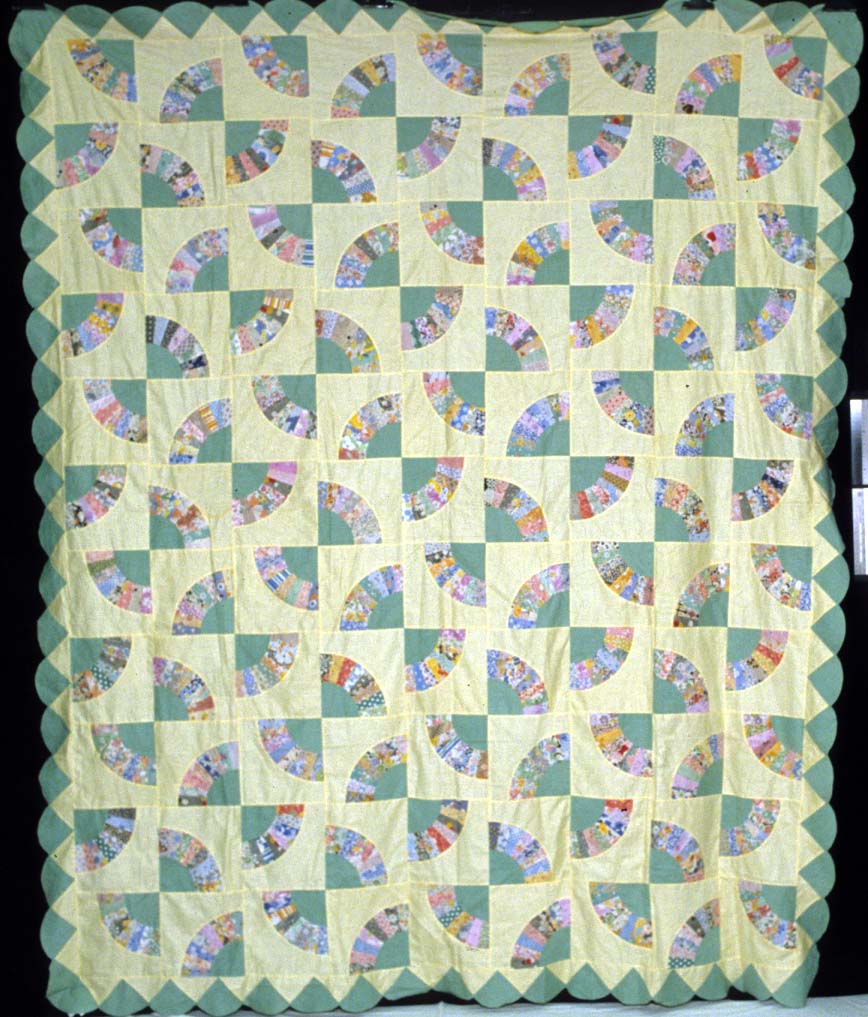 Formosa Fan, like Cabot’s other fans, was a basic fan block with no exotic qualities to it other than its name. 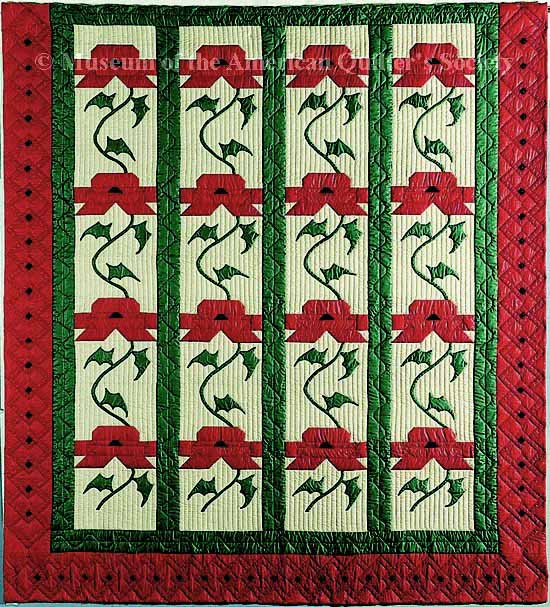 Sometimes, Cabot simply “borrowed” from other designers. This Oriental Poppy is a well-known Ruby Short McKim pattern, presented in the McKim Studios catalog as early as 1931. Cabot published a nearly identical version in her column in the 1930s, not even bothering to change the name. In her description of her Oriental Poppy she says: “It was inevitable that the poppy, a prime favorite among flowers in oriental countries, should find its way into the album of quilt designs.” Finally, Cabot did design new patterns, as with her Oriental Tulip of 1933. The headline for this pattern reads: “Out of Ancient Egypt Comes Gay Design for ‘Modern’ Quilt.” She claims that it is a “reproduction of an old Egyptian design that used to be embroidered on robes and temple hangings.” Whether or not this North African provenance is true, the pattern itself appears to be more modern than exotic, resembling many other Art Deco-inspired patterns of the era.

In the end, Nancy Cabot, like other quilt block designers of her day, was irresistibly drawn to an exotic pattern name. Whether the design itself had a hint of the orient or not was not really the point. Accuracy and novelty were trumped by the allure of a name that would appeal to the public’s insatiable appetite for all things oriental and exotic.