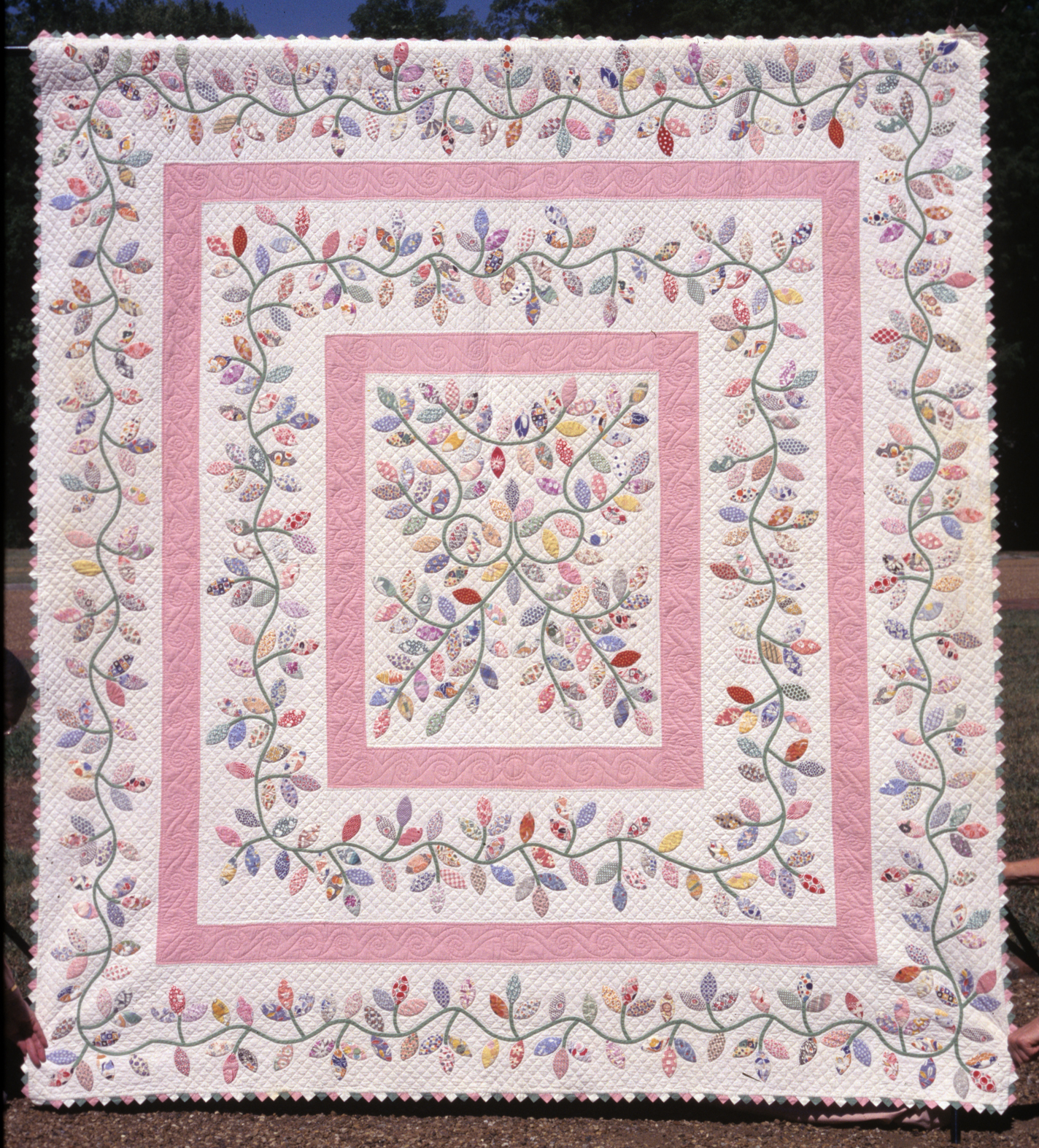 Appliqué Quilt in Anne Orr design that won Fourth Prize in National Round.

The 1933 Sears National Quilt Contest was announced in January 1933 with a deadline of May 15, 1933. Over 24,000 quilts were entered at local Sears stores or sent to one of 10 regional mail order houses. Quilts were judged at each site with the top three winners moving onto the next round. Finally just 30 quilts reached the final judging held at the Sears Pavilion on the 1933 Chicago World's Fair site. This quilt by Mary Hilliker of Missouri won Honorable Mention (the equivalent of Fourth Prize) at the national judging. It was photographed by Sears in 1934 when the quilt was included in the smaller exhibit of regional winners at the Sears Pavilion. Waldvogel and Brackman tried diligently to locate the quilt for inclusion in the Patchwork Souvenirs book and exhibit, but were unsuccessful. Later, a quilt dealer purchased the quilt from the quilter's descendants and has since allowed it to be photographed and exhibited in Nashville. Interestingly, this Autumn Leaves pattern was designed by Anne Orr, who was one of the final round judges. Another quilt in the same pattern reached the final round, too. See #157.

What color is the quilt?

How are the layers held together?

Prairie Points are added to the edges.

Commercial name of the pattern for the top:

Autumn Leaves by Anne Orr Studios. The design was offered as a pattern and a kit.