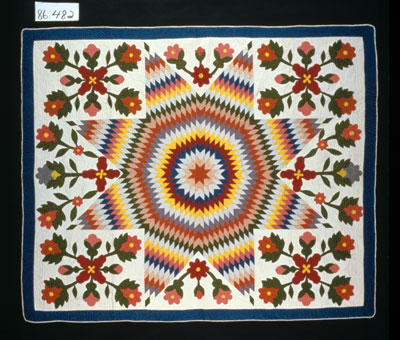 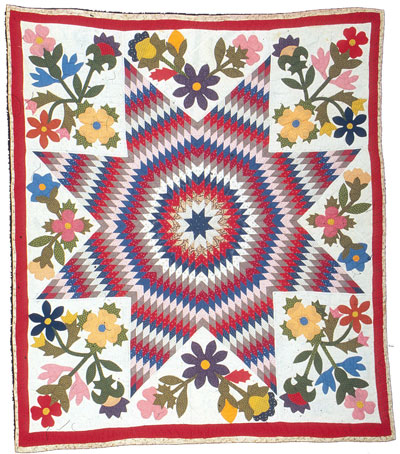 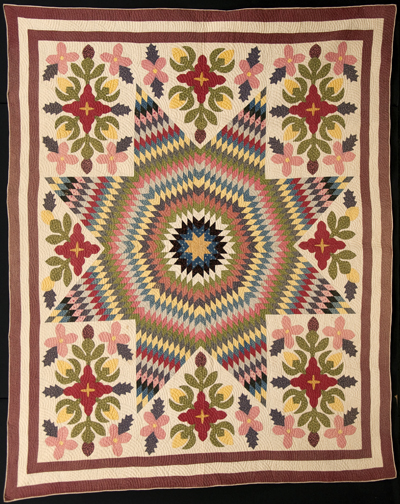 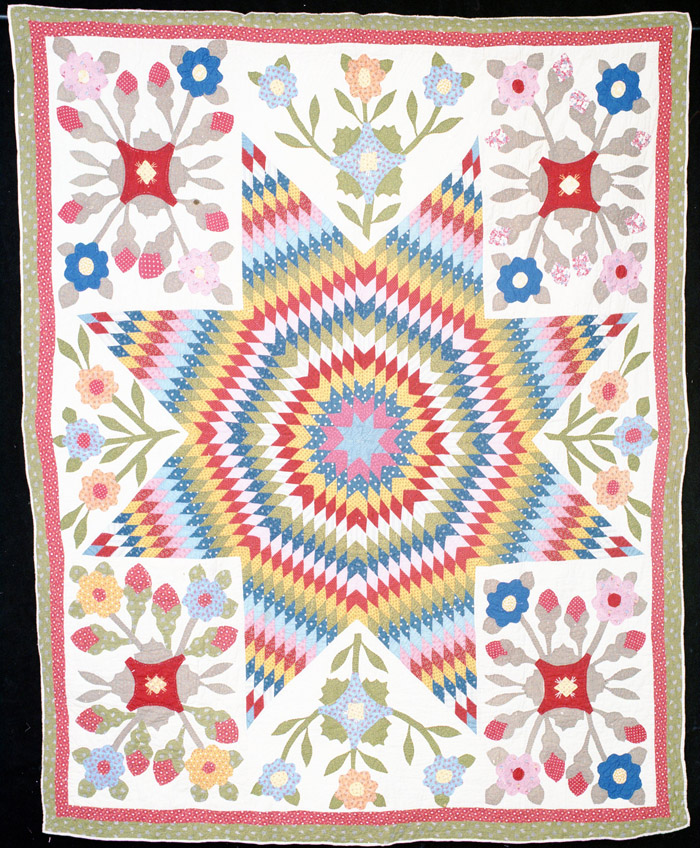 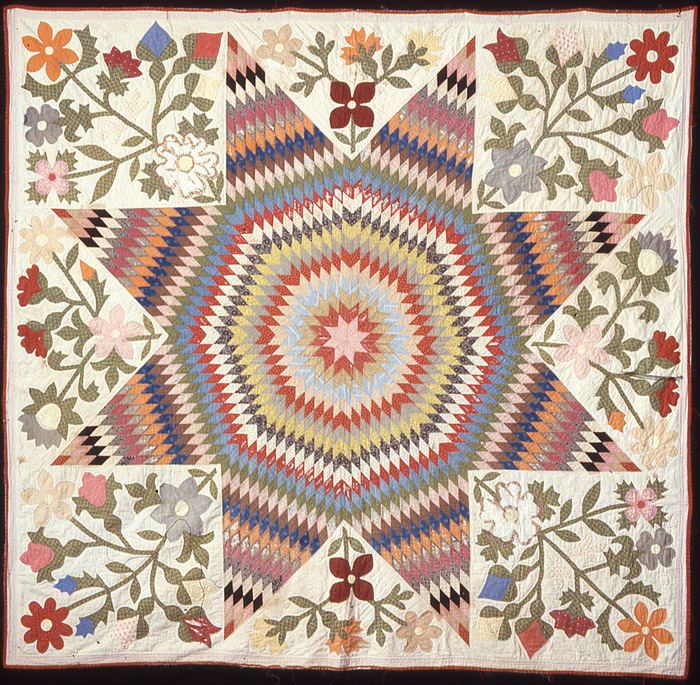 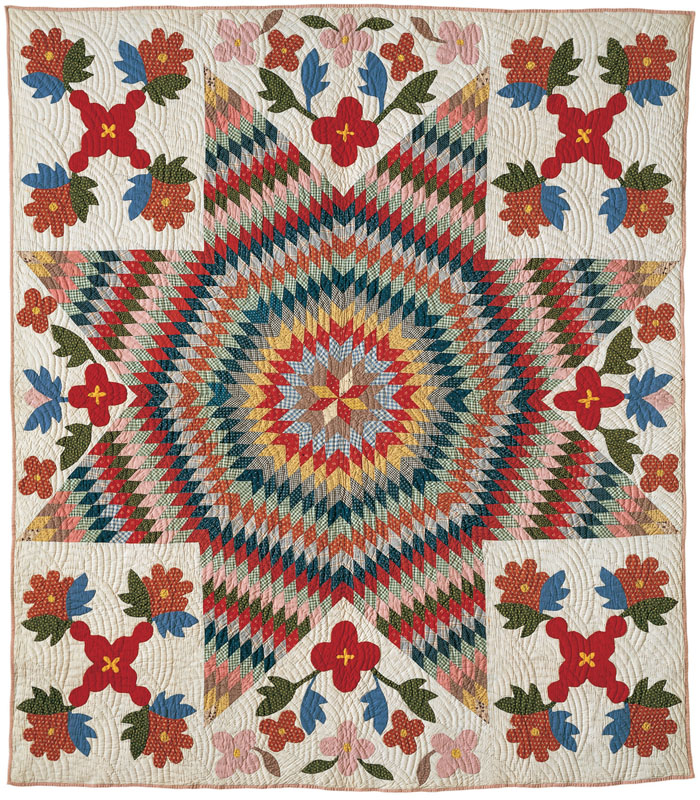 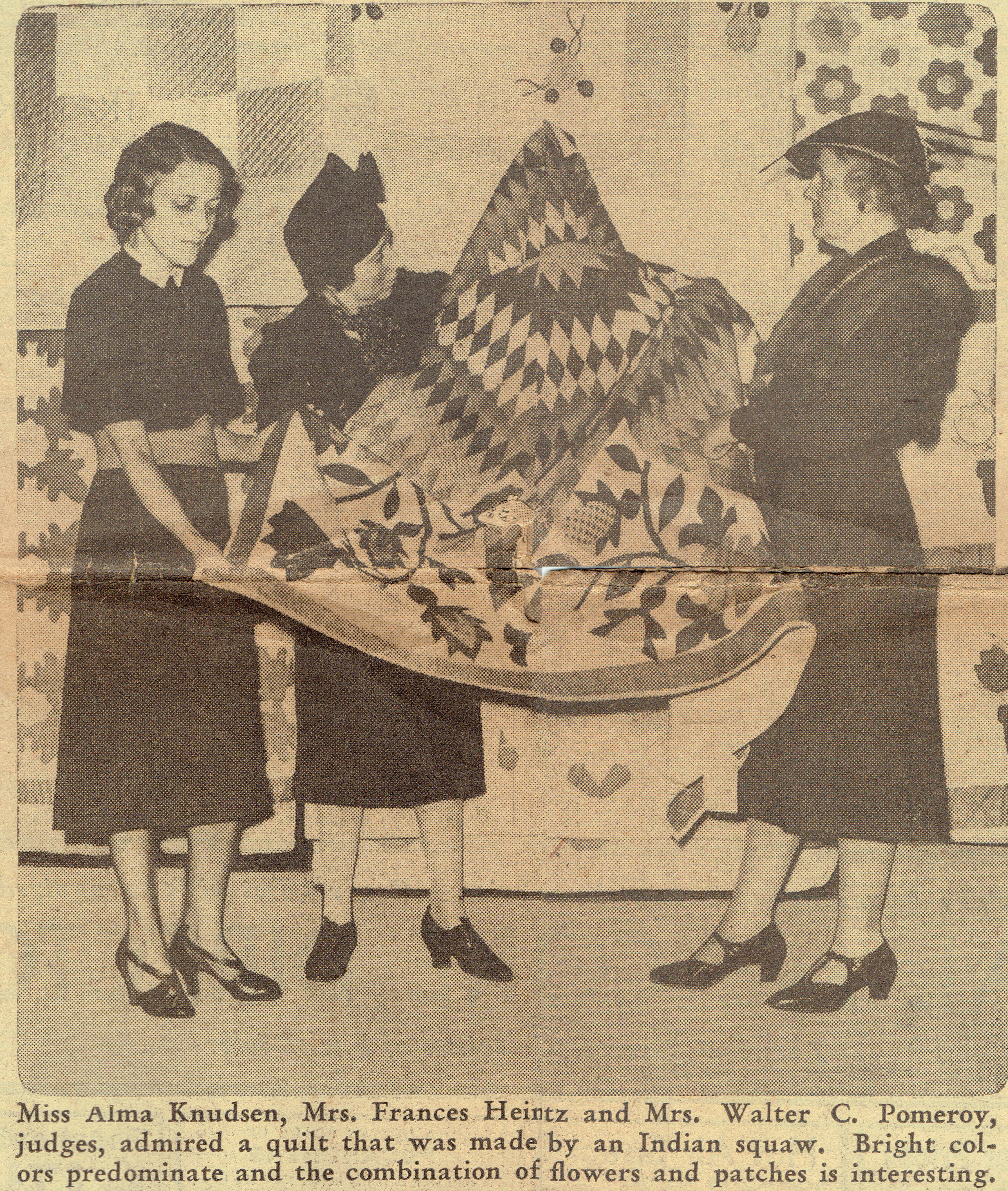 Another Odawa quilt was found in a rotogravure featuring the Detroit News Quilt Club Corner Quilt Show of 1938. The clipping is dated October 7, 1938.
The clipping caption reads, "Miss Alma Knudsen, Mrs. Frances Heintz and Mrs. Walter C. Pomeroy, judges, admired a quilt that was made by an Indian squaw. Bright colors predominate and the combination of flowers and patches is interesting." 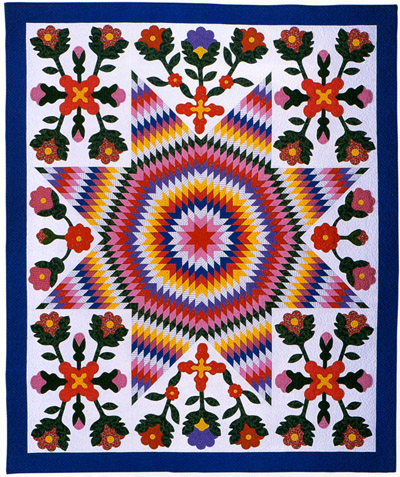 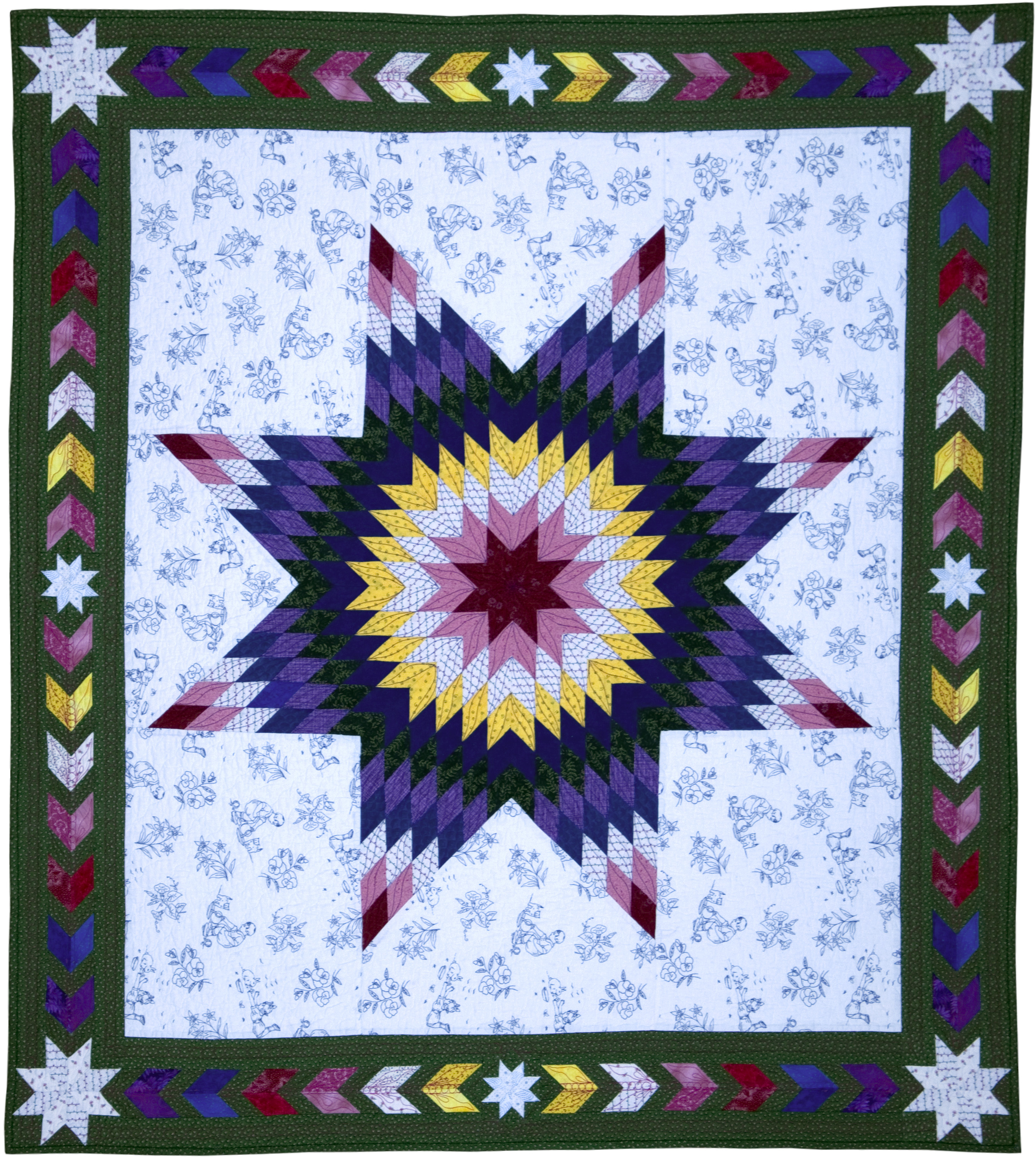 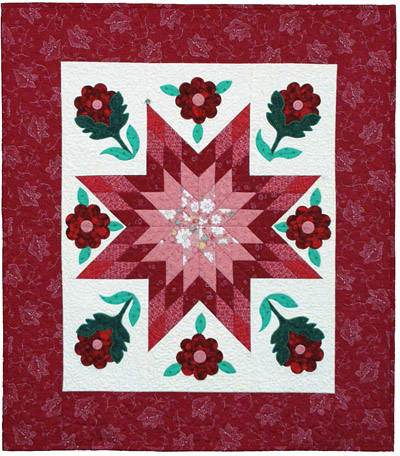