This is a memorial quilt dedicated to my mother, who was a Holocaust survivor. She was liberated in Bergen-Belsen. After liberation Bergen-Belsen became a DP camp. It took her a while to recuperated from starvation. Once she was physically stronger she wanted to return home and find her family. Survivors were promised transportation home but after many months no transportation was provided. My mother with 4 other survivors from Budapest decided to go home on their own. Most of their journey was on foot. Somewhere on that journey a tiny group photo was Taken of the 5 survivors. In the group photo my mother is the second from the left, the large portrait is also of her when she was old and fragile, before she passed away. 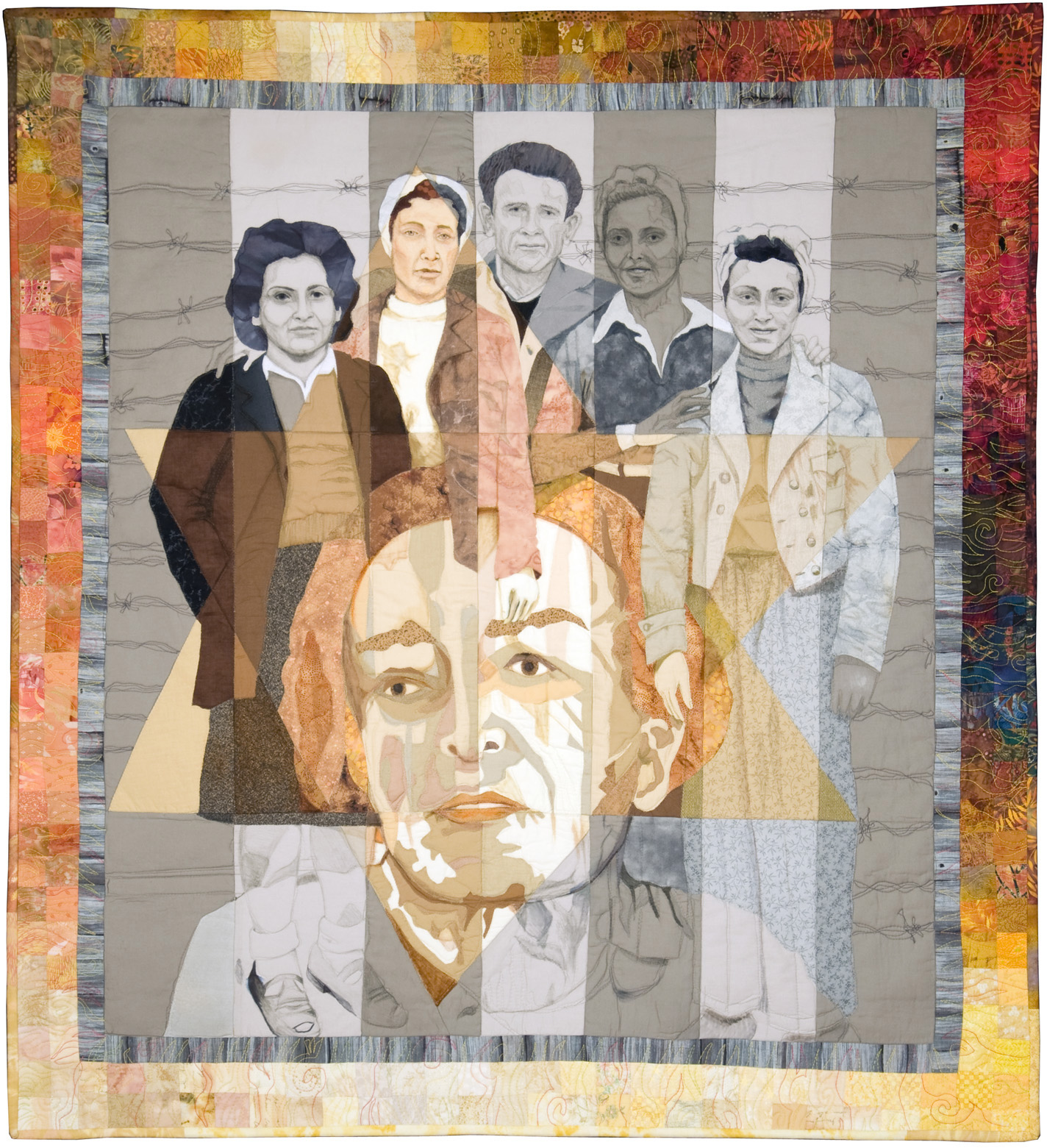 I don’t recall the names of the other people. My mother and them parted ways when they got into Budapest. She said the two girls on the right were sisters and the shorter one was only 15 years old. The woman on the left was a married woman who had a little girl left behind in the Ghetto. All through that long and hard journey she was carrying a doll for the child as a gift. On the last leg of the journey they were traveling on a crowded train. While they slept someone stole the doll. This woman was inconsolable, how can she come home without a gift for her daughter? She didn’t even know if her child was still alive.

My mother didn’t want to talk about her war time experiences, but stories bubbled to the surface in the most unexpected ways. She never allowed me to wear yellow and never explained why. During the war, Jews were forced to wear a yellow star on their clothing to mark them. She would never allow my ears to be pierced. When I was older, she told me: “I saw too many times woman’s earrings getting torn out of their ears.”